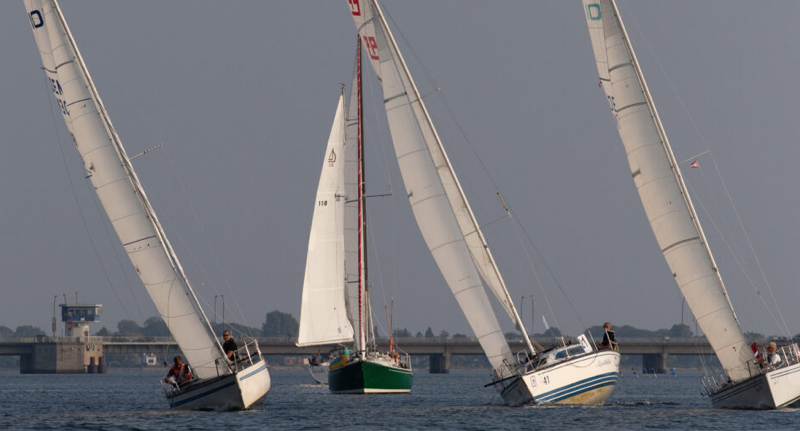 The 6 sailingclubs behind the race presented the courses for the press, and Martin Lohse from Guldborgsund Municipality signed the partnership agreement. There was praise and thanks from Martin Lohse to the clubs, their work with the sailings and their warm hospitality at previous sailings.”We hope to see many German sailors,” said the organizers. “We focus on the participants being well received, and that the race is completed with high safety.”The steering group and the municipality’s envoys arrived by ship to Guldborg Harbour, where all the parcipants will pass in Guldborgsund Baltic Race, on August 26-28 2021.Please follow us on Facebook, and visit www.guldborgsund-baltic-race.dk for more information and registration.

Franz Schollmayer lives in Mains in Germany. He has been sailing races in our area before, and loved it.

Why Guldborgsund Baltic Race offers a new race. 6 sailing clubs, are behind the project, with completion of the sailing. We have had the task of conducting a large race in the area before. During the implementation of these sailings, the clubs have achieved a super good cooperation.

At the same time, during the years we have carried out the event, we have received a lot of praise from the participating sailor:.

“I would never have sailed on holiday in your area if I had not participated in a super professional. completed event ”
“The area is just as exciting to sail in as the South Funen island sea.”
“An absolutely fantastic area to sail in, which offers navigational and tactical challenges”.
“The hospitality and service we have met in Nykøbing F means that we are ready to come again”.
“You can really feel that the volunteers are passionate about us sailors having a good experience.”

This is just some of the feedback we have received from the sailors, and on that basis we could not just stand by.

We will do our utmost to ensure that all participants again have the same good experiences when they meet to start in this year’s Guldborgsund Baltic Race.

A sailing club is set in the world, to focus on sailing. That is exactly what we want to do.
We must not generate profits for wages, but we must generate good race for active sailors, as afterwards can look back on an exciting race, in extremely challenging surroundings.

We have proven that we can handle the task, and all our motivated volunteers are ready to give you sailors a challenge again.
When you participate in the Guldborgsund Baltic Race, the sailing takes place in very beautiful natural areas, and no one else can offer that a bridge is open for hours, so that the sailors can pass when you go out of the beautiful Guldborgsund. Of course, it is also open when you return, even if it is at night.

Once you have reached the waters of Smålandsfarvandet, we offer both inland sailing, and for those who want it, the challenges of decidedly sea sailing in the Baltic Sea await. Here are opportunities for all types of sailors, for both the not so experienced, and for the super professionals.

When the sailors return to Nykøbing, it is ready to have a good chat with their competitors about the sailing, and there will be something to eat and something to drink when the prize giving takes place on Saturday night.

We are so looking forward to welcoming new as well as old sailors to Nykøbing F in week 34.

For sailors who are going on to Silverrudder in Svendborg, the boats are free off charge in Nykøbing, until departure.

Pictures from the beautiful area 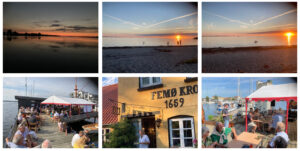 If you want to receive the latest news, fill in the fields below. You will then receive an email every time there is news on the "News" page or receive a mail with latest news about the coming Guldborgsund Baltic Race.